Pierre Riou, the self-taught head of the RIOU Glass group

Who is Pierre Riou? 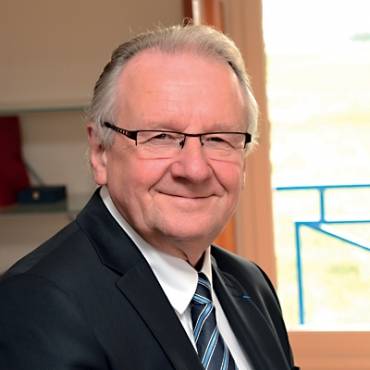 Pierre Riou is the founder and Chairman of the eponymous group RIOU Glass, a company of 1,000 people, which is today a benchmark in its market, and which is solely dedicated to the production and transformation of flat glass.

The son of farm workers in the Paris area, born in 1953, it was his meeting with Christiane, his wife, which caused Pierre Riou to settle in la Manche, and then in Normandy. This union resulted in the birth of Nicolas and Christine.

Good with his hands and keen, he held a series of « little jobs » (mechanic, driver….); it was in 1979, when Pierre Riou was 26, that he started on his entrepreneurial adventure. He set up shop as a craftsman in Pont-Audemer (painting, insulation, the installation of overglazing and double glazing). It was in the markets of the region that Pierre Riou found his first customers. 1983 saw the founding of the historic factory: VIP (Vitrages Isolants de Pont-Audemer), in Beuzeville, in the Eure. At this time, it began the small scale production of double glazing, but Pierre Riou, excellent at DIY and an informed observer, fine-tuned a procedure to industrialise its production, and invented his first machine, which was patented in 1988. That same year he presented his invention to the international glass fair in Düsseldorf (Germany) and the Chambers of Commerce of the Eure, Calvados and Seine-Maritime, leading to him being awarded the artisan’s prize. VIP at that time had some twenty employees. In 1989, the European patent office of The Hague (Netherlands) designated him an inventor, and awarded him a patent for his procedure. This year also marked the start of an extensive series of company creations and acquisitions. His industrial era had begun, and the RIOU Glass group was born!

In fact, the small family business has developed over the years by organic growth and successive acquisitions of regional sites, having know-how capable of complementing its technological range, at the same time as increasing its reputation among regional customers. RIOU Glass became the favoured provider of French window makers and facade specialists.

VIC in 1989, VIB in 1993, SLPV in 2005, VIN & VIV in 2006, the company expanded and the regional group became a true French industrial group. Its historic borders of Normandy and Brittany were crossed, and in 2008, Pierre Riou was honoured by the Republic with the National Order of Merit. Development continued in 2009 with the acquisition of V2S and Pilkington France, the French subsidiary of the giant global glass producer. The group, now officially called RIOU Glass, doubled in size and at that time employed over 800 people. In 2010: AVS & SOREMIR.

It attained its current form in 2012 with the purchase from the French Saint-Gobain group of 50% of the capital of Eurofloat, a company specialising in the production of flat glass. RIOU Glass, until then a glass processor, became, thanks to the support of the FSI (Fonds Stratégique d’Investissement) - the Strategic Investment Fund - the first independent French processor to climb the ladder and become a producer of flat glass.

Pierre Riou has been motivated by his passion for glass for more than 30 years, and as he loves to say, his factories are his « only second homes ». He is a true visionary, a « self-made man à la française », the originator of an amazing success story which is still being written; the next generation is already in place with Nicolas and Christine, the children of the founding couple.

RIOU Glass is an independent French family-run group of businesses. Since 1979 its core activities have been the design and manufacture of high-performance and innovative glazing systems for the building and transportation sectors and for protecting individuals and property.

Are you sure you want to do this action ?

Are you looking for something?